My last two weekends involved my heart racing and my palms sweating.

Last Saturday, I skied down my first backcountry couloir (a steep narrow gully that holds its snow until late spring) in Rocky Mountain National Park, hoping we had assessed conditions and the route correctly and none of us would be digging anyone out from under an avalanche. After decades of saying I would rather ski than snowboard because of the places I can access, I’ve finally started to explore those hard-to-reach places.

The weekend before, I rock climbed in Indian Creek for the first time. I had heard climbing friends talk about their trip to “the Creek” for years. Finally I swallowed my intimidation and tried it. Finally I saw what the big deal was all about. 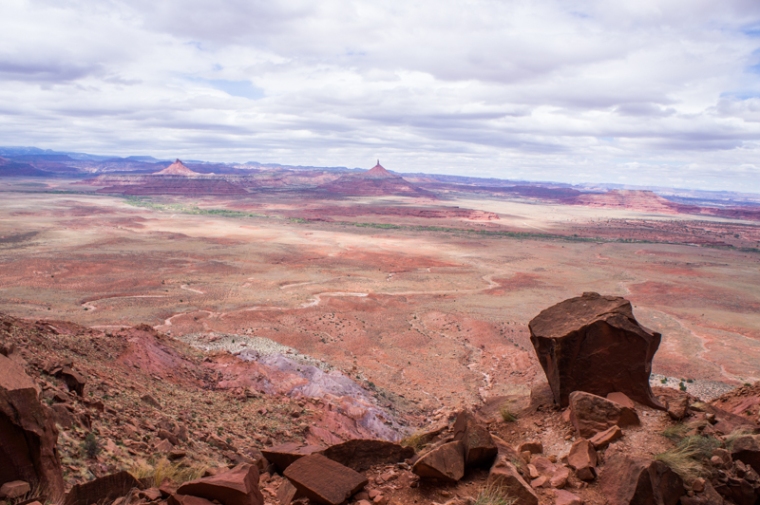 The raw beauty of Indian Creek is hard to capture in a photo. Much like the exhilaration of being surrounded by blue sky and snow-covered peaks is hard to show in even a panorama, the 360-degree experience of the wide open space and the formations and the way the red sandstone overlaps itself  is somehow exponentially greater than the sum of the photographed area.

Both of these places are on public property. Who does it belong to? All of us. Public land is a legacy of all Americans. We can all go to Rocky Mountain National Park. We can all visit Indian Creek. And it’s up to all of us to take care of these places, to not poop in the communal sandbox we all play in, so to speak.

Certainly we all need to metaphorically poop: we need some areas in which to mine for minerals we  would like to continue use in smartphones, for example. That is why we have public lands designated for “multiple uses,” or as some people joke, “multiple abuses.” I may not know all the details of the Bears Ears National Monument, for example, and which sacred Native American sites it is meant to protect, but I know it includes Indian Creek, and I know that is a special place, not just for the world-class rock climbing, but for its dinosaur fossils.

The access and the space and the shared responsibility are why I am concerned about the movement in some western states to sell off federal public land. That land is a legacy of all of us. It would be tragic to sell it off and lock ourselves out of the many hidden places that make America great. 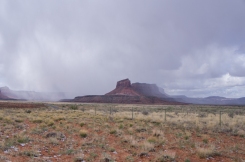 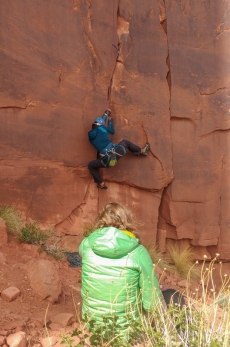