A big piece of my stand-up comedy set about my research last month was about how good I am at killing tardigrades, or water bears as they are commonly known, despite their reputation for being indestructible. (They’ve survived five mass extinctions on the planet, but they can’t survive me!)

I have been trying to grow Antarctic tardigrades and their more awesome but less cute metazoan cousins, bdelloid rotifers, in petri dishes in the lab. These microscopic animals are abundant in the glacial ecosystems I use as natural test tubes to understand how ecosystems organize. They are large enough to spot with a dissecting microscope – much lower power than would be required to see individual bacteria – so I hoped they would be useful for more controlled experiments.

However, I was not initially great at keeping the little critters alive, and moreover, having them reproduce to be a population.

Since I am not an expert at tardigrade identification, I thought the best way to isolate different populations of water bears would be to create cultures from individual lineages: meaning I put a single tardigrade on a petri dish and waited for it to lay eggs.

I was fairly certain that any animal whose life plan involved getting dried up and blown into some ice, then waking up when that ice melted into an isolated puddle of water would not have to rely on finding a mate. The chances just seemed too low. The most common tardigrades in Antarctica reproduce by parthenogenesis, laying unfertilized eggs. But after a while without babies, I was starting to wonder if they needed to mate or something.

And then last week, two students working on this project found that a petri dish previously containing a single tardigrade now held three additional tiny tardigrades! Our camera situation is not so great with the petri dishes, so I held my cell phone up to the eye piece to try to snap a picture: 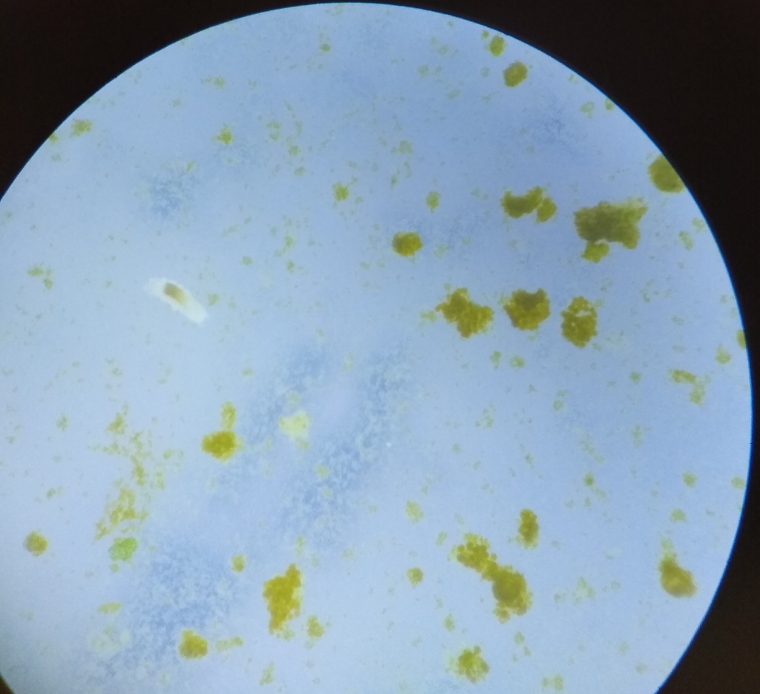 That whitish cigar shaped thing with dark colors in its middle is a tardigrade. The green blobs around it are algae. The dark stuff inside the tardigrade I believe to be algae it ate!

Here is a better image of Antarctic tardigrades I took also using my cell phone, but a microscope in Antarctica:

So I guess the tardigrade really is a “girl” – at least it laid eggs?